Here are some text instructions and information that has corresponding images to them:

1) Image 01 shows what the lock pin looks like when it's properly installed. You didn't show any close-up images of this with your equipment, but that's fine since I did not ask specifically for that and looking and the orientation of the lens and adapter from the images you provided, it looks properly aligned.

2) Image 02 is a more detailed look at Image 01, which highlights the adapter's release pin (in red) and two components that make up the lens' lock slot (in cyan).

3) Logically, what you would need to do is move the adapter's release slot out, likely by following the motion in Image 03. (NOTE: image 3 also has an illustrated representation of the lock pin)

4) Image 04 is an exaggerated photo manipulation of what would happen if you were to only lift by the very tip of the release knob: the pin would move at an angle, with a portion of the pin still lodged between the two flanges of the lens' lock slot.

05) Image 05 shows that you would need equal pressure along the entire length of the knob. After the adapter's lock pin has been dislodged from the lens, the lens can be rotated out.

06) The best method I had for removing the lens from the adapter was placing it camera mount side on a table (looking a the pictures you sent, it doesn't look like your lens has a protruding rear element that would prohibit this. As mentioned above, the equal pressure along the entire release knob will still be necessary, and while holding that down, you'd rotate the portion of the lens highlighted in yellow counterclockwise. It should be noted that the portion highlighted in green does not move and is static while the lens is mounted/unmounted. 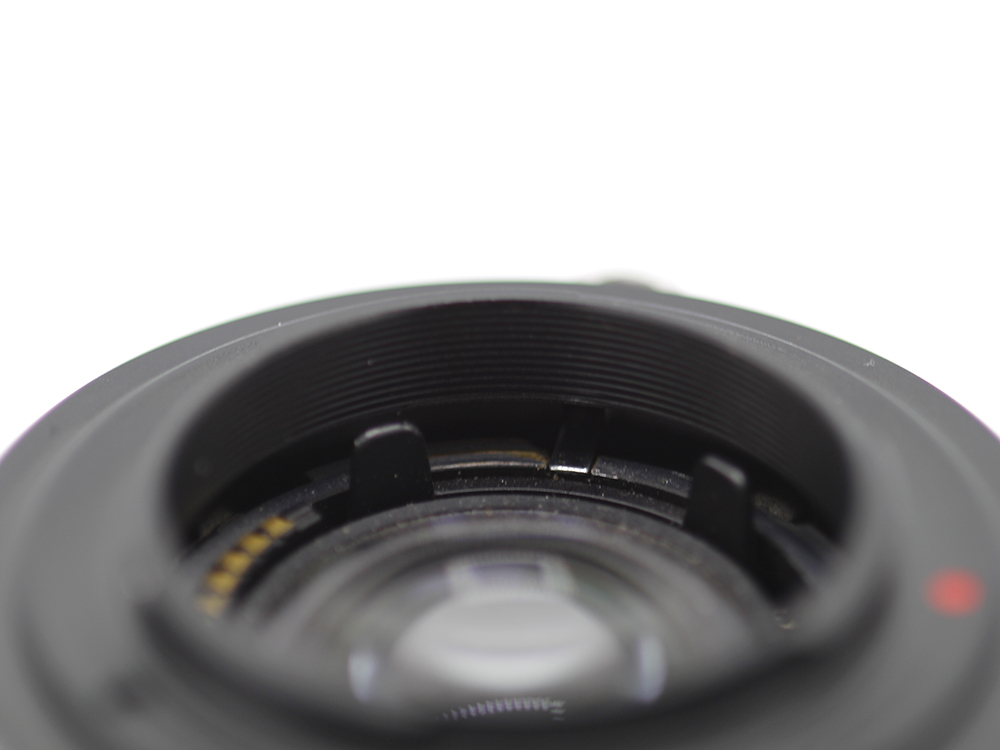 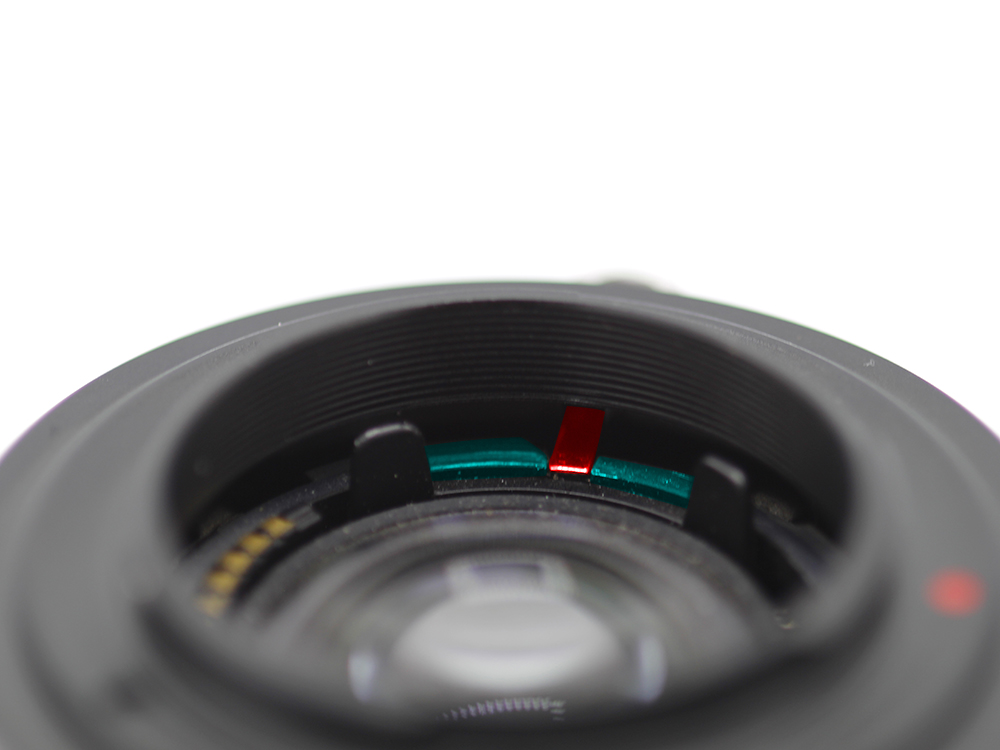 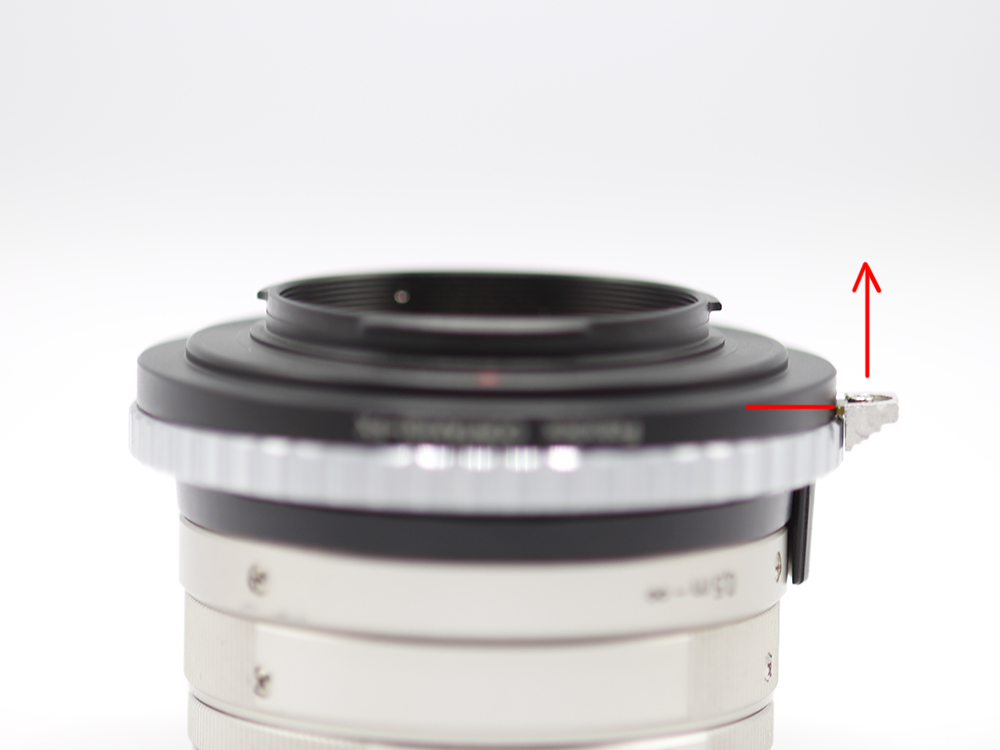 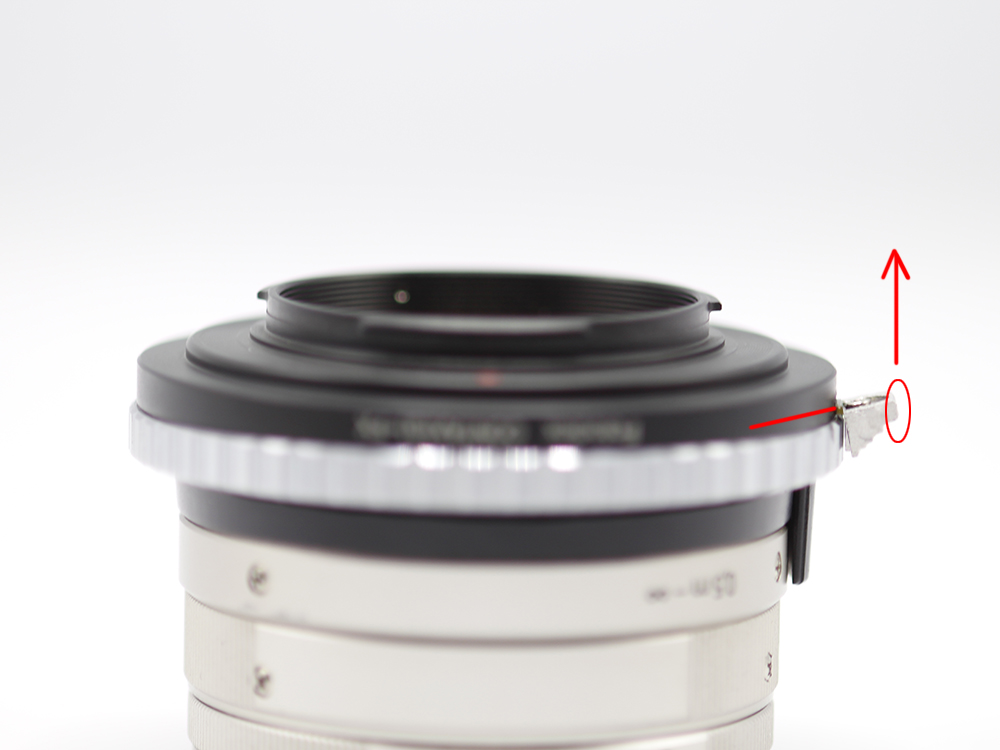 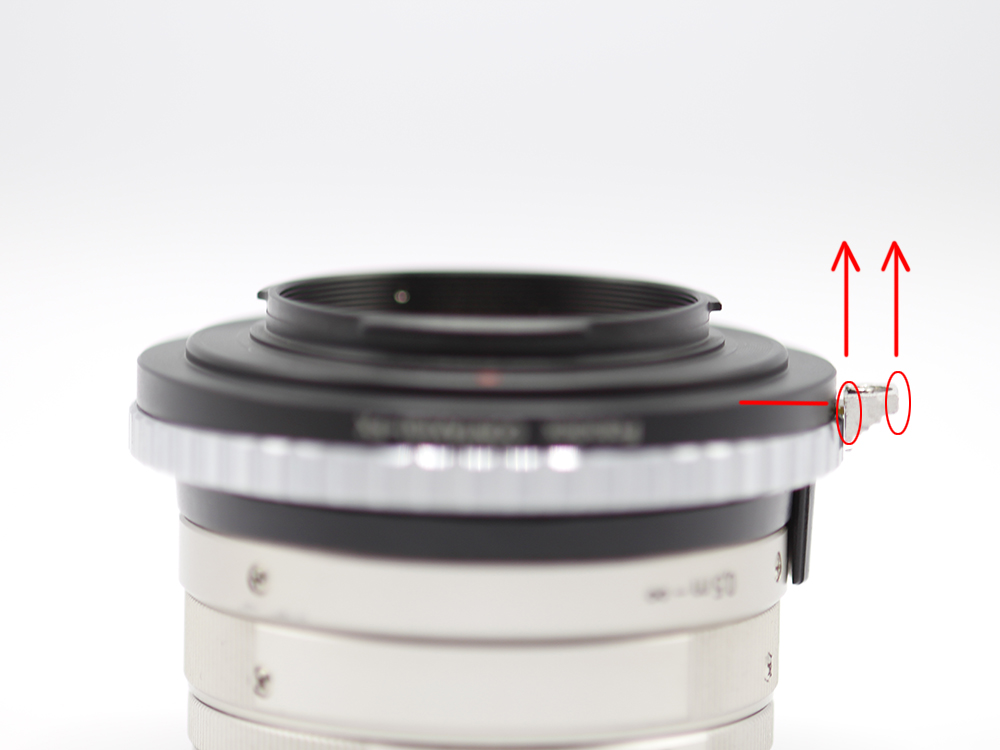 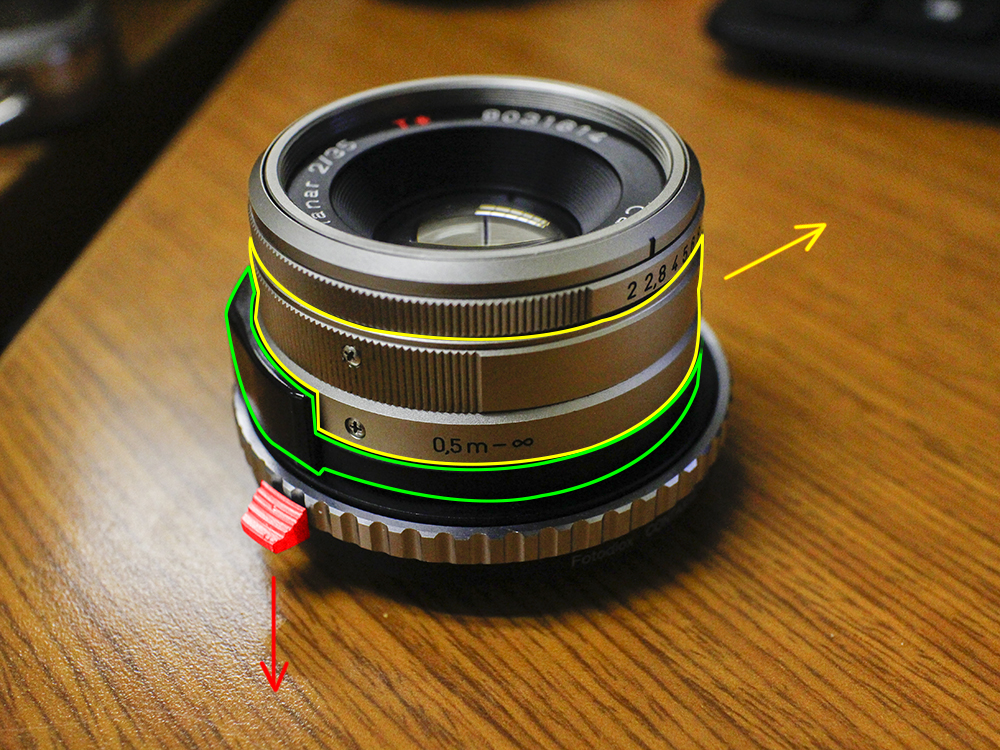